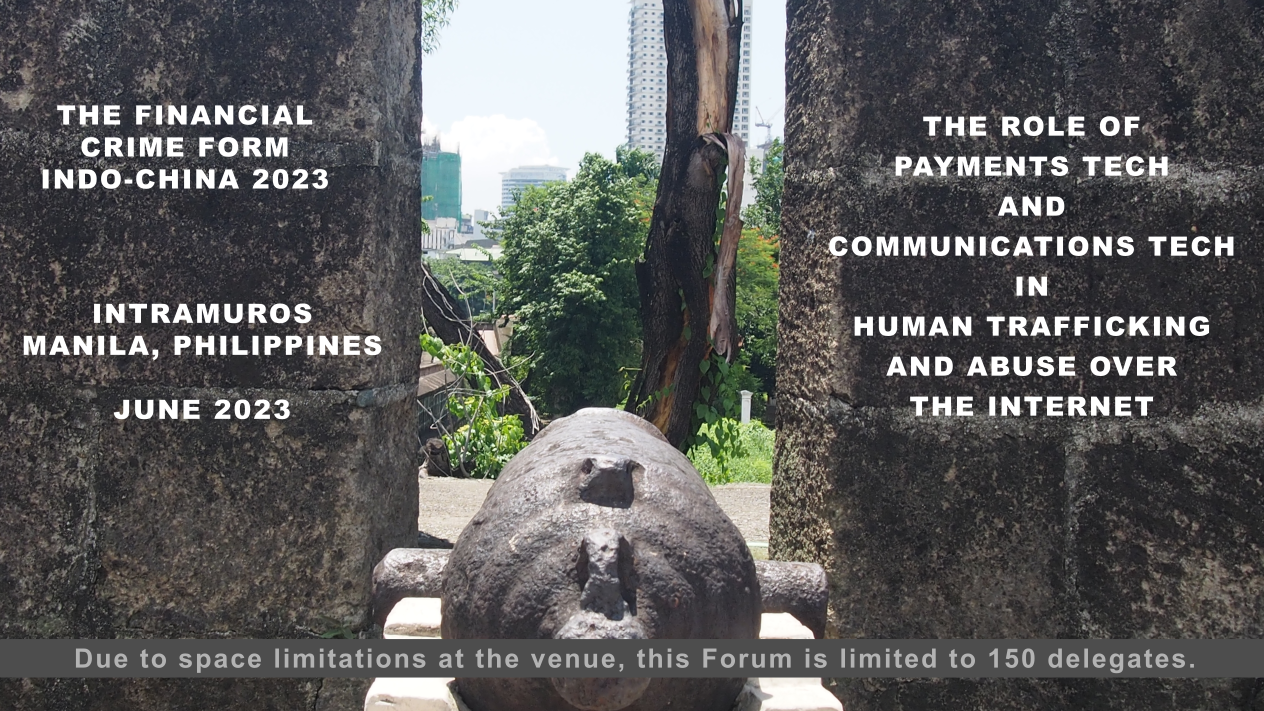 Indo-China is a source, a destination and a transit area for every illicit trade from drugs through flora and fauna to people. But in the case of people, the internet has brought new ways of abusing, mainly, children and young persons.

The Financial Crime Forum Indo-China 2023 will concentrate on how payments tech and the internet has changed the face of both human trafficking and the nature of abuse.

The Philippines, Malaysia, Myanmar, Loas , Cambodia Thailand, Indonesia and other countries in Indochina and South East Asia have long been destinations for sex tourism but it doesn't end there: India, Pakistan and Bangladesh all have their own problems.

Sex tourism remains a serious problem but human trafficking for sex purposes, also a long-standing area of concern, has reached the public consciousness in recent years. Be it voluntary prostitution or sex working by force, fraud or coercion, there is an industry dedicated to trying to prevent it. Even forced marriage comes into play.

Worse, while porn-to-order has been available since the days of portable film cameras, its latest iteration, live-streaming of abuse, is growing exponentially. Victims are tortured while someone sits at home issuing instructions as to what to do next. Let's not be coy: just as in the streets where abused children are left in the gutter to die, the victims of 4G and 5G-enabled are sometimes killed on screen or so horribly injured that they die later. It's an industry where kids are sold or rented out by poor parents - or where designer-porn requires the kidnapping of a victim meeting a specification.

It's an industry where victims are advertised in a face (and body) book and depraved and violent acts performed by an agent acting on the instructions of someone who is records and watches the suffering of another person at his whim.

These threats are not going away and nor are the complexities of detection and prosecution.

There are successes and long prison sentences.

Like most trades, it's it works because someone pays and someone profits.

We are not overstating the case when we say that stemming the flow of money can stem misery and death.

Just as with drugs, there is a moral imperative to act.

Financial Services businesses including banks remittance companies and fintechs, internet service providers and platform hosts, bulletin board operators, telcos and airlines all play a part in keeping this industry ahead. So is corruption especially in immigration departments.

This is a provisional page. Get monthly, plain text, announcements about forthcoming Fora - live and online - in Hong Kong, Mumbai, Manila and more in your inbox at https://www.financialcrimeriskandcompliance.com/info/?p=subscribe&id=1